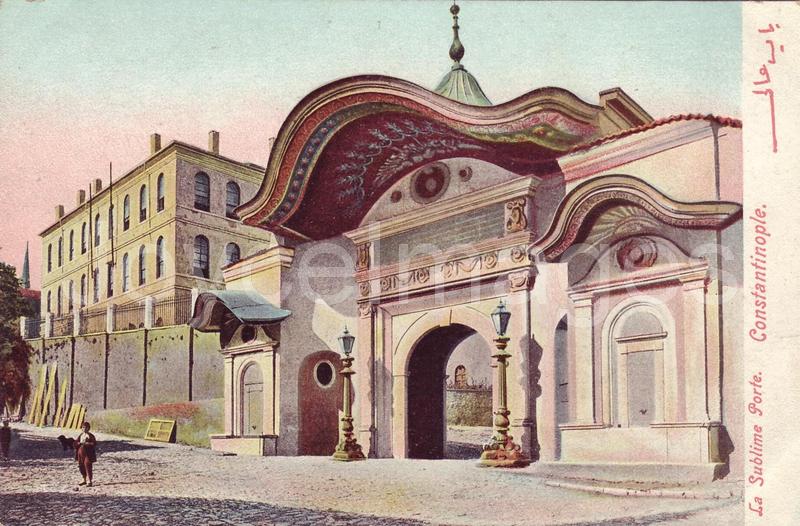 "The news was imparted with a circumspection recalling the ceremonial usages of the Sublime Porte" (U14.942)

Sublime Porte (for the Ottoman Turkish 'Bab el Ali') refers to the government of the Ottoman Empire, in particular in the context of diplomacy. The Sublime Porte was the open court of the sultan, led by the Grand Vizier. It was so called after the gate in Topkapi Palace, shown on this PC, where the sultan ceremoniously received foreign ambassadors.