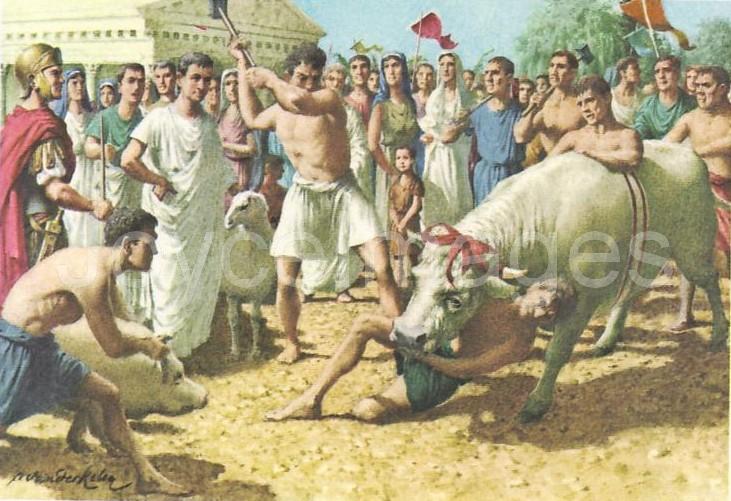 "he found sure enough that he was a lefthanded descendant of the famous champion bull of the Romans, Bos Bovum, which is good bog Latin for boss of the show. After that, says Mr Vincent, the lord Harry put his head into a cow's drinkingtrough in the presence of all his courtiers and pulling it out again told them all his new name. Then, with the water running off him, he got into an old smock and skirt that had belonged to his grandmother and bought a grammar of the bulls' language to study but he could never learn a word of it except the first personal pronoun which he copied out big and got off by heart and if ever he went out for a walk he filled his pockets with chalk to write it up on what took his fancy, the side of a rock or a teahouse table or a bale of cotton or a corkfloat. In short, he and the bull of Ireland were soon as fast friends as an arse and a shirt." (U14.627)