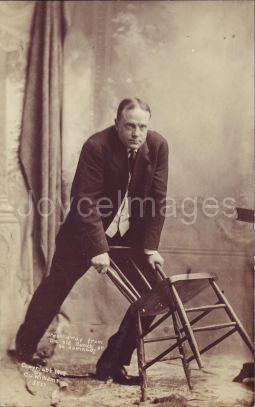 Though Billy Sunday was ordained by the Presbyterian Church in 1903, his ministry was nondenominational. He affirmed the inerrancy of the Bible, the doctrine of substitutionary atonement, a literal devil and hell, the virgin birth of Christ, His imminent return, and His bodily resurrection. He often grated his audiences by speaking against the emerging religious liberalism and the evolution theory, as well as against gamble, dancing, and other popular middle class amusements. Sunday played a significant role in arousing public interest in Prohibition and in the passage of the 18th Amendment in 1919. Sunday held campaigns in America's big cities heavily covered by the press, made a huge amount of money, and was welcome in prominent homes (Presidents Theodore Roosevelt and Woodrow Wilson, Herbert Hoover, John D. Rockefeller, Jr). His popularity waned after WW1 with the competition of radio and movie theaters, and he was often disgraced by the 'unchristian' behavior of his 3 sons. He died in 1935, the title of his last sermon was 'What must I do to be saved?'