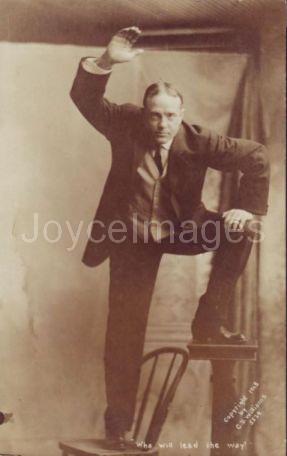 This passage, as discovered by Harald Beck, is taken verbatim from a sermon given by the American evangelist William Ashley "Billy" Sunday, on May 14th 1916, at the U of Kansas. Sunday (1862 - 1935) was a popular professional baseball player during the 1880s and then the most celebrated and influential American evangelist in the early 20c. Born into poverty near Ames Iowa, Sunday spent some years in an orphanage before taking a series of odd jobs in small Iowa towns, while developing his athletic skills. His exceptional speed led him to play major league baseball for eight years with the Chicago White Stockings. Converted to evangelical Christianity in the 1880s, Sunday left baseball for the ministry. He gradually gained tremendous fame with his colloquial sermons and frenetic delivery.