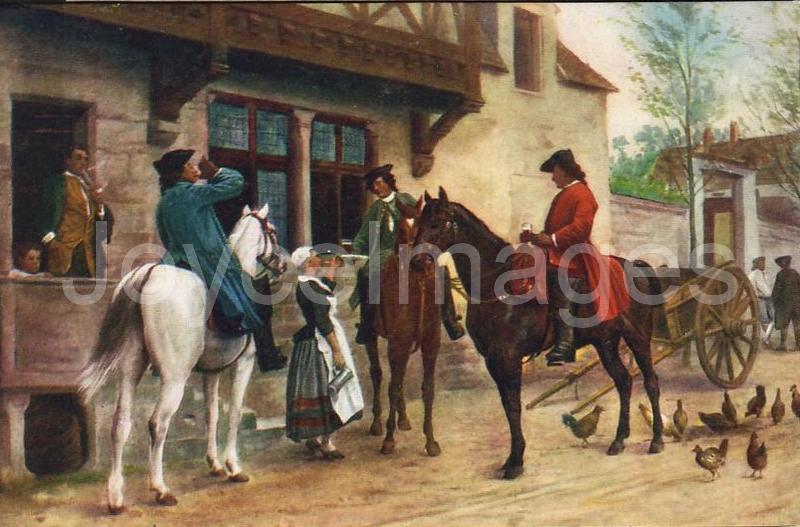 "And whiles they spake the door of the castle was opened and there nighed them a mickle noise as of many that sat there at meat. And there came against the place as they stood a young learning knight yclept Dixon. And the traveller Leopold was couth to him sithen it had happed that they had had ado each with other in the house of misericord where this learning knight lay by cause the traveller Leopold came there to be healed for he was sore wounded in his breast by a spear wherewith a horrible and dreadful dragon was smitten him for which he did do make a salve of volatile salt and chrism as much as he might suffice." (U14.123)