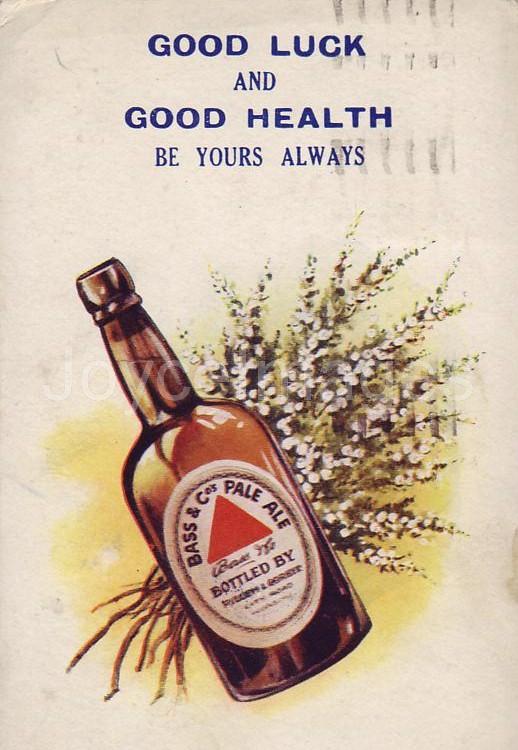 "During the past four minutes or thereabouts he had been staring hard at a certain amount of number one Bass bottled by Messrs Bass and Co at Burton-on-Trent which happened to be situated amongst a lot of others right opposite to where he was and which was certainly calculated to attract anyone's remark on account of its scarlet appearance. He was simply and solely, as it subsequently transpired for reasons best known to himself, which put quite an altogether different complexion on the proceedings, after the moment before's observations about boyhood days and the turf, recollecting two or three private transactions of his own which the other two were as mutually innocent of as the babe unborn." (U14.1181)