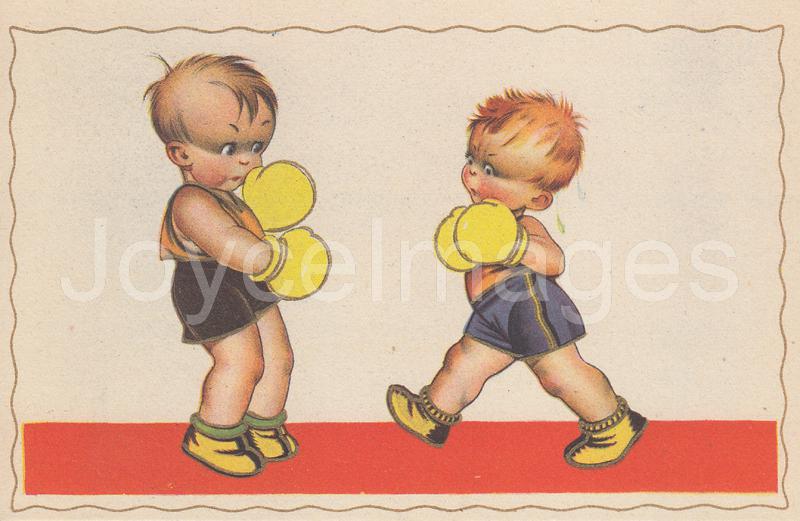 "The two fought like tigers and excitement ran fever high. The referee twice cautioned Pucking Percy for holding but the pet was tricky and his footwork a treat to watch. After a brisk exchange of courtesies during which a smart upper cut of the military man brought blood freely from his opponent's mouth the lamb suddenly waded in all over his man and landed a terrific left to Battling Bennett's stomach, flooring him flat. It was a knockout clean and clever. Amid tense expectation the Portobello bruiser was being counted out when Bennett's second Ole Pfotts Wettstein threw in the towel and the Santry boy was declared victor to the frenzied cheers of the public who broke through the ringropes and fairly mobbed him with delight." (U12.977)