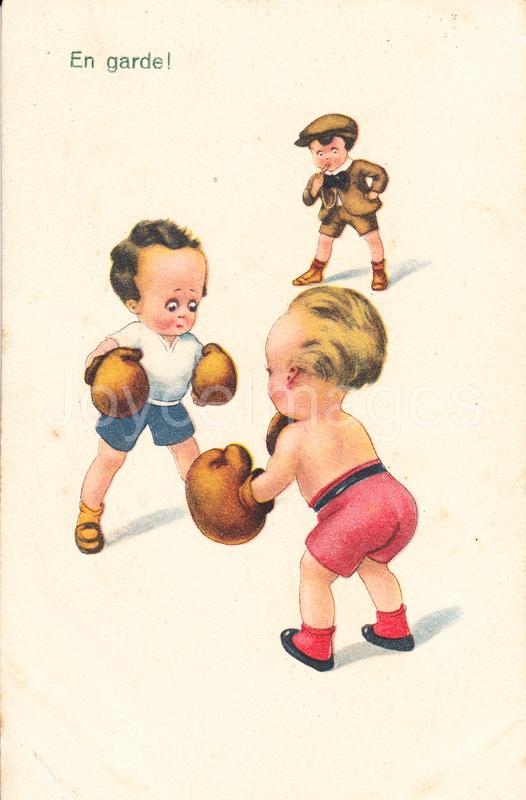 "It was a historic and a hefty battle when Myler and Percy were scheduled to don the gloves for the purse of fifty sovereigns. Handicapped as he was by lack of poundage, Dublin's pet lamb made up for it by superlative skill in ringcraft. The final bout of fireworks was a gruelling for both champions. The welterweight sergeantmajor had tapped some lively claret in the previous mixup during which Keogh had been receivergeneral of rights and lefts, the artilleryman putting in some neat work on the pet's nose, and Myler came on looking groggy. The soldier got to business, leading off with a powerful left jab to which the Irish gladiator retaliated by shooting out a stiff one flush to the point of Bennett's jaw. The redcoat ducked but the Dubliner lifted him with a left hook, the body punch being a fine one. The men came to handigrips. Myler quickly became busy and got his man under, the bout ending with the bulkier man on the ropes, Myler punishing him." (U12.960)