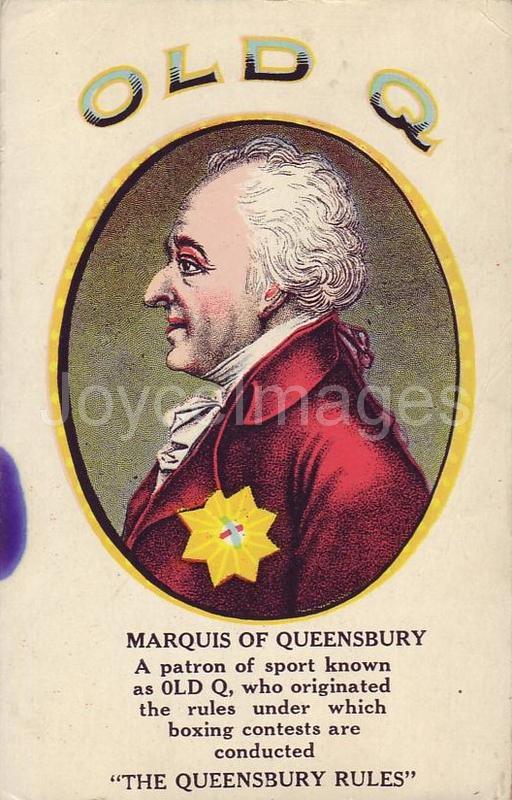 The Queensberry rules are a code of popular boxing rules, written by John Graham Chambers in 1865, and published in 1867. They were so named because the 9th Marquess of Queensberry publicly endorsed them. They include: 1. the size of the boxing ring 24-foot, or as near that size as practicable, 2. No wrestling or hugging allowed, 3. the rounds to be of 3 minutes duration, and 1 minute between rounds, 4. if either man falls through weakness or otherwise, he must get up unassisted, 10 seconds allowed him to do so etc. Though modified over time, the rules have paved the way for modern boxing.