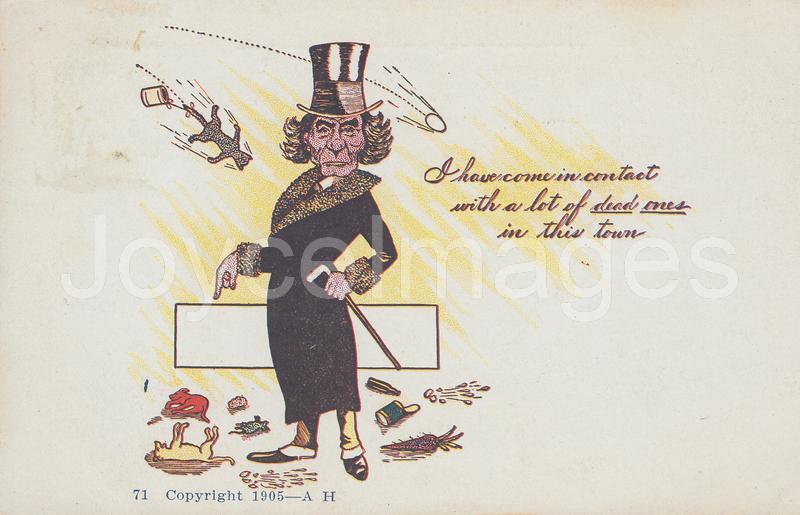 "It was then queried whether there were any special desires on the part of the defunct and the reply was: We greet you, friends of earth, who are still in the body. Mind C. K. doesn't pile it on. It was ascertained that the reference was to Mr Cornelius Kelleher [undertaker], manager of Messrs H. J. O'Neill's popular funeral establishment, a personal friend of the defunct, who had been responsible for the carrying out of the interment arrangements." (U12.360)