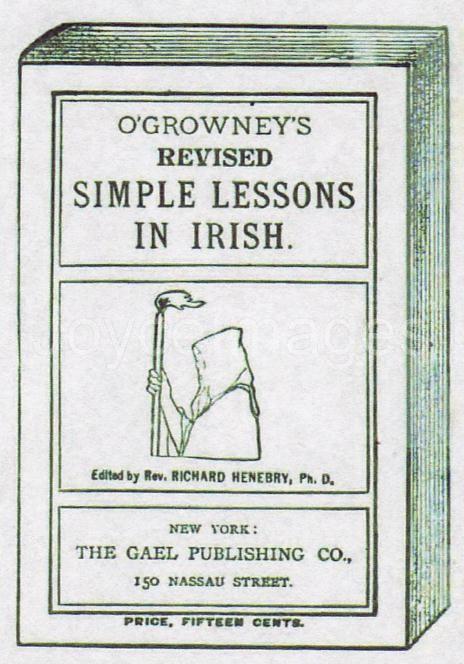 From the CE 1911: "Eugene O'Growney was a priest, patriot, and scholar (b. 1863 in Ballyfallon Co. Meath; d. 1899 in Los Angeles). Neither parent spoke Irish and it was little used where he was born; in fact, he was ignorant of the existence of a language of Ireland until a student at St. Finian's seminary at Navan. His interest in the language begun there continued at Maynooth, where from his entrance in 1882 he devoted himself to the study of the Irish language, antiquities, and history. His holidays he spent in the Irish-speaking parts of the country where he acquired his knowledge of the spoken language. Ordained in 1888, in 1891 he was appointed professor of Irish at Maynooth, and at about the same time became editor of the 'Gaelic Journal'. At the instance of the Archbishop of Dublin, he began his series of "Simple Lessons in Irish', first published in the 'Weekly Freeman.'