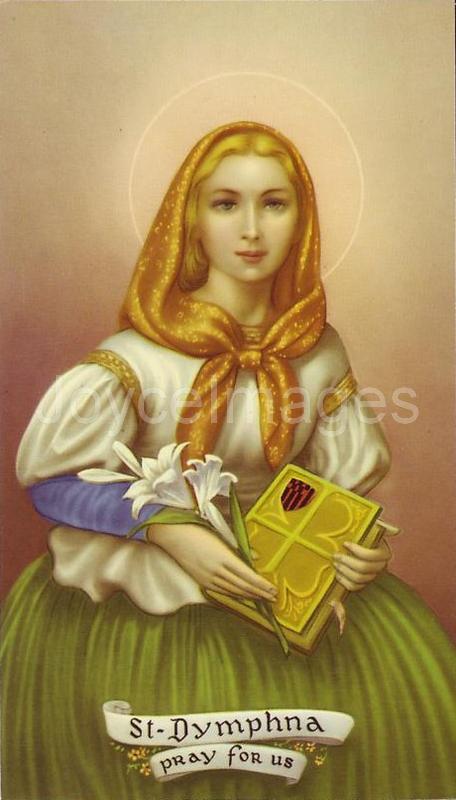 S. Dympna (or Dymphna) was the daughter of Damon, a pagan Irish chieftain, and a beautiful devoted Christian woman who died when Dympna was a teenager. Her father searched the Western world for a woman to replace his wife, but found none. Returning home, he saw that his daughter was as beautiful as her mother, and made advances on her. She fought him off and fled to Belgium with S. Gerebernus, an elderly priest and family friend. Damon hunted them down, and found them in Gheel (Belgium). He beheaded Gerebernus, and demanded that Dympna surrender to him. She refused, and he killed her in a rage. The site where she died, and her relics, are known for their miraculous healing of insanity, possession, and epilepsy. Represented as a young woman with the priest Gerebernus; being killed by her father; kneeling at Mass while her father murders Gerebernus; praying in a cloud surrounded by a group of lunatics bound with golden chains; as a princess holding a lamp, a sword, or the devil on a leash. Feast May 15.