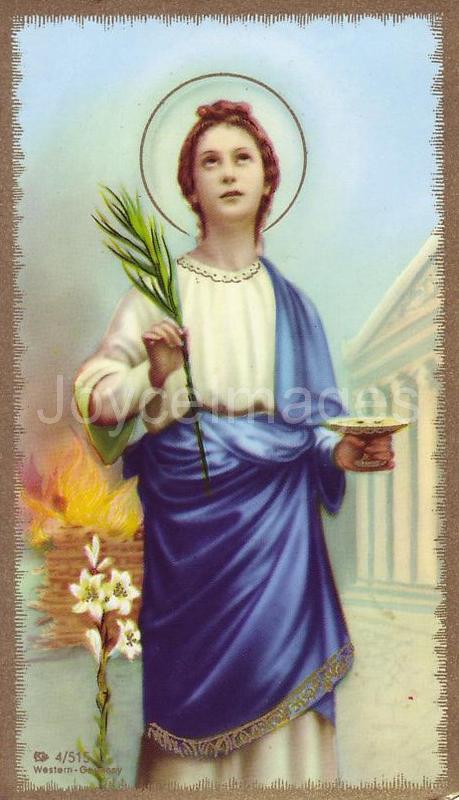 S. Lucia de Syracuse (283-304) was born in Italy to a Christian family of Greek ancestry. Her father died when she was young. Her mother, Eutychia, arranged a marriage for her, but she had vowed her life to Christ and kept the marriage on hold. She won her mother's support by praying to S. Agatha, who miraculously cured her mother of a chronic haemorrhagic illness. But the rejected pagan bridegroom, Paschasius, denounced Lucia as a Christian to the governor of Sicily. The governor sentenced her to forced prostitution. When guards went to fetch her, they could not move her even when they hitched her to a team of oxen. The governor then ordered her killed. After torture that included having her eyes torn out, she was executed by stabbing. Legend says her eyesight was restored before she died. Represented usually hodling a lamp, and with emphasis on the eyes. Feast December 13. Of note, Joyce's daughter was named Lucia.