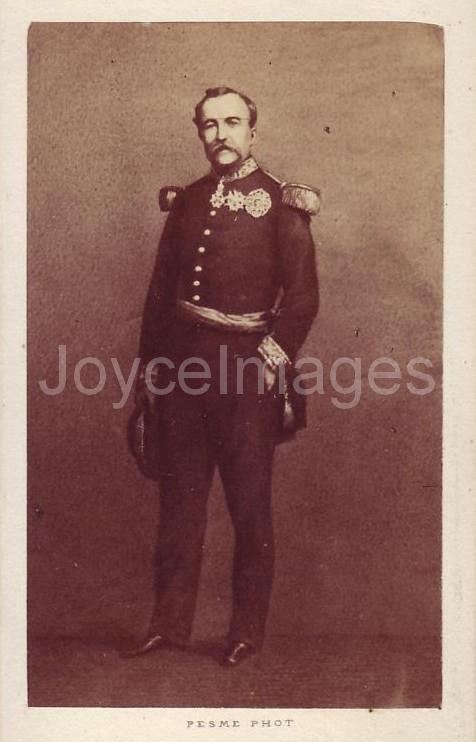 The Papal Zouaves ('Zuavi Pontifici') were a volunteer unit formed in 1860 by Lamoricière (shown here) to help protect the papal states, during Pope Pius IX's struggle against the Italian Risorgimento. They had to be young men, unmarried and Roman Catholic. They were of diverse origins, the Dutch being the largest group. They were disbanded in 1870.