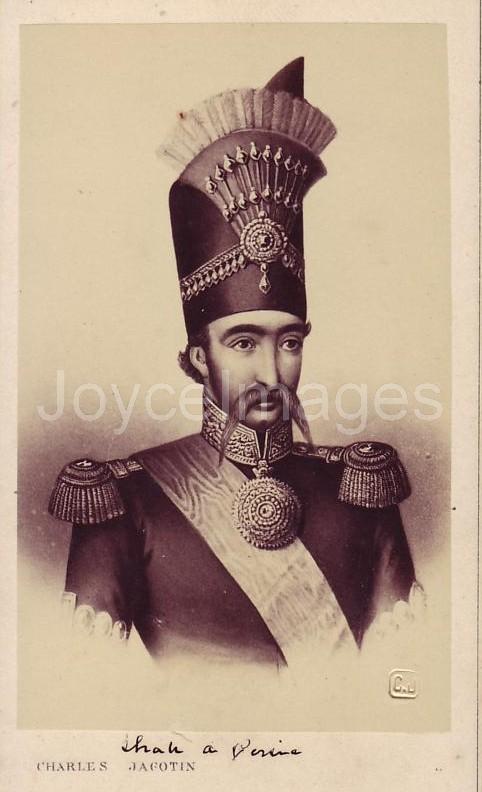 Nasser al-Din (b. 1831, Shah 1848-1896) was the first Persian shah to visit the West (1873, 1878, and 1889). Mme Waddington describes him thus: "The Shah was not at all a striking figure, short, stout, with a dark skin, and hard black eyes. He had handsome jewels, a large diamond fastening the white aigrette of his high black cap, and his sword-hilt incrusted with diamonds. He gave a stiff little nod in acknowledgment of the bows and curtseys every one made when he appeared." He was a big hit with the public. 'Have you seen the Shah?' became a catchphrase in conversation and music-hall song. Stories circulated of the kind Bloom recalls. Others: * That he wore a coat covered with precious stones 'as big as walnuts'. * That he stayed at Buckingham while Queen Victoria was away, and was so annoyed by the incompetence of a servant that he had the man strangled and cremated in the palace garden. * At a court ball, he told the Prince of Wales: "Tell those people to stop now, I have seen enough" thinking it was a ballet performing for his amusement. * When presented to an aging European monarch and his wife, he told the husband: "Laide, vieille, pourquoi garder?" (= She is ugly and old, why keep her?) etc.