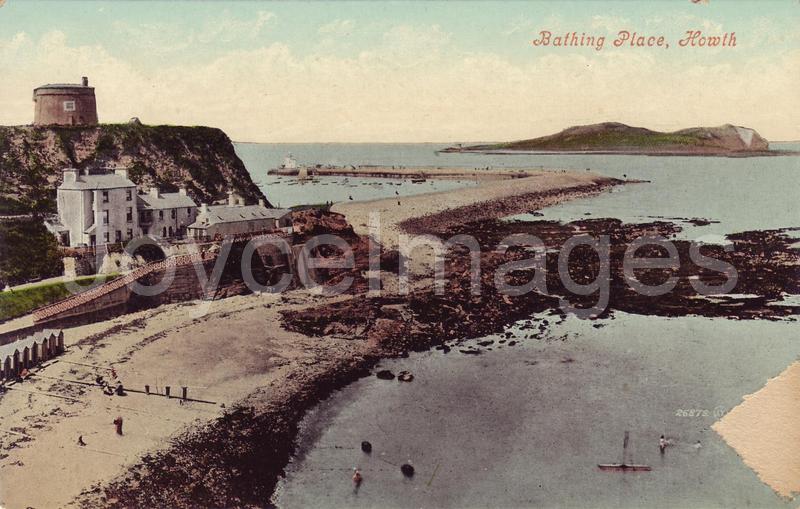 "They halted while Haines surveyed the tower and said at last:
- Rather bleak in wintertime, I should say. Martello you call it?" (U1.541)

The Martello towers are small forts that were built as part of the British coastal defense during the Napoleonic wars. They were (mis)named after a gun tower at Mortella, Corsica that had caused the Royal Navy much trouble in 1794. This PC shows the one in Howth.