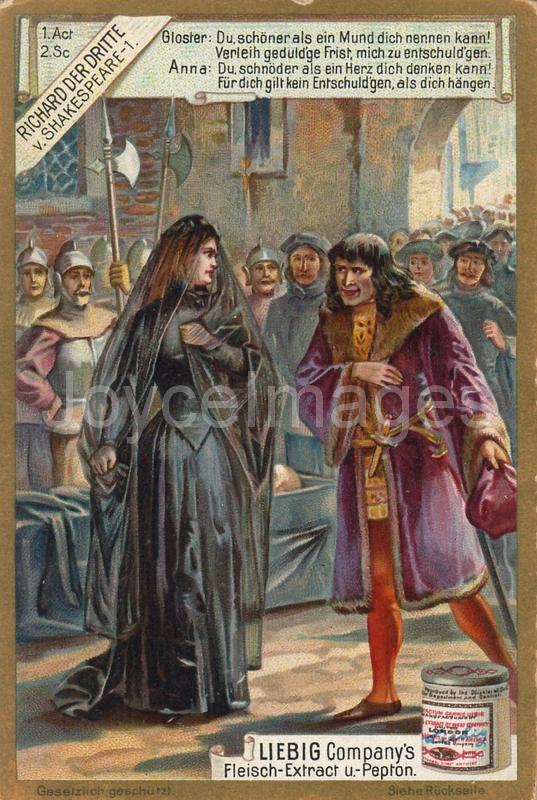 "- You will say those names were already in the chronicles from which he took the stuff of his plays. Why did he take them rather than others? Richard, a whoreson crookback, misbegotten, makes love to a widowed Ann (what's in a name?), woos and wins her, a whoreson merry widow. Richard the conqueror, third brother, came after William the conquered. The other four acts of that play hang limply from that first. Of all his kings Richard is the only king unshielded by Shakespeare's reverence, the angel of the world. Why is the underplot of King Lear in which Edmund figures lifted out of Sidney's Arcadia and spatchcocked on to a Celtic legend older than history?" (U9.983)