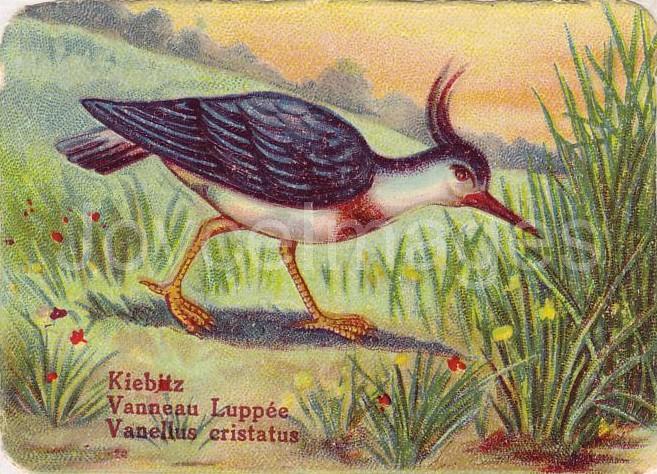 The back of the Ogden's card reads: "Lapwing (Vanellus Vulgaris). The Lapwing or Peewit, is essentially a moorland bird, being found all the year round on the bare heathery uplands. Its weird cry of "pee-wit" heard echoing over the bare moorlands at close of day strikes a remarkable sense of loneliness to the hearer. Its flight is much like that of the gull, swinging with slow beat of wing in wide circles. At times it rises rapidly in the air, and suddenly doubles back to earth, recovering itself before reaching the ground." This last characteristic, I think, is of relevance to Stephen.