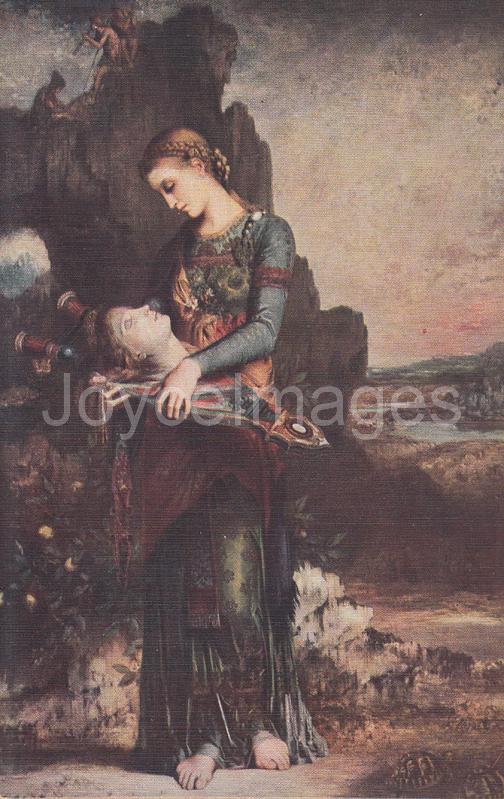 "The supreme question about a work of art is out of how deep a life does it spring. The painting of Gustave Moreau is the painting of ideas." (U9:49)

From Wikipedia: Gustave Moreau (1826 - 1898) was a French Symbolist painter. He was born and died in Paris. Moreau's main focus was the illustration of Christian and mythological figures. As a painter of literary ideas rather than visual images, his images appealed to the imagination of some Symbolist writers and artists, who saw him as the precursor to their movement. His first painting was a Pieta which is now located in the cathedral at Angouleme.