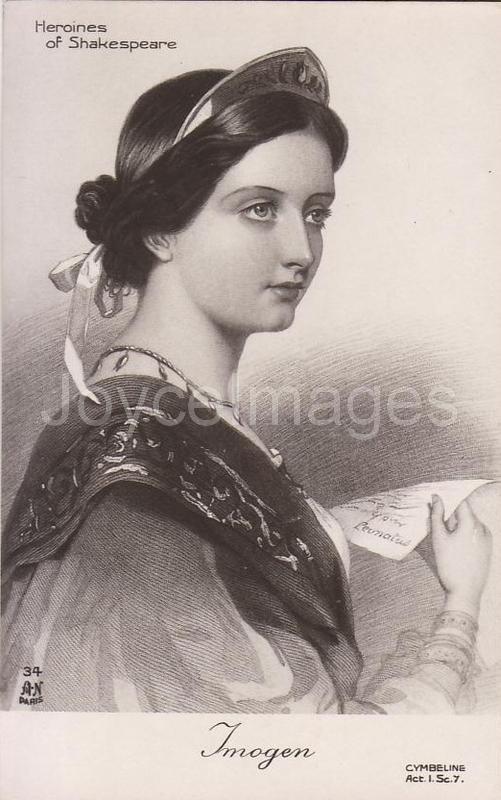 "to Imogen's breast, bare, with its mole cinquespotted. He goes back, weary of the creation he has piled up to hide him from himself, an old dog licking an old sore." (U9.474)

From Shakespeare's Cymbeline:
Imogen is princess of Britain, and the virtuous wife of the exiled Posthumus, whose praise of her moral purity incites Posthumus's acquaintance Iachimo to bet Postumus that he can seduce her. When he fails, Iachimo hides in her bedchamber and uncovers her body while she sleeps, observing details of a mole on her breast which he then describes to Posthumus as proof that he had slept with her. Posthumus plots to kill his wife, but the designated killer reveals the plot to Imogen and advises her to hide; she escapes to the woods dressed as a man and falls in with a family who help her. Taking a drug, she falls into a coma and is presumed dead by the family, who cover her body and sing a song over her. When she wakes she finds the headless body of Cloten, a brutish character who had planned to rape her while wearing Posthumus's clothes, but had been killed in a fight with one of the men who took her in. She mistakes the headless body for that of her husband. After the battle at the climax of the play she confronts Iachimo who confesses his lies. She is reunited with Posthumus, her father (King Cymbeline), and discovers two of the men who took her in are actually her long lost brothers.