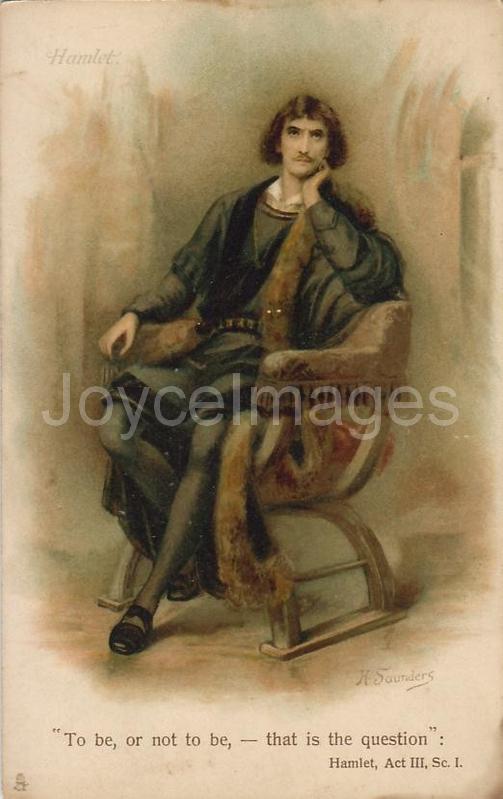 "- But Hamlet is so personal, isn't it? Mr Best pleaded. I mean, a kind of private paper, don't you know, of his private life. I mean I don't care a button, don't you know, who is killed or who is guilty...
He rested an innocent book on the edge of the desk, smiling his defiance. His private papers in the original. Ta an bad ar an tir. Taim imo shagart. Put beurla on it, littlejohn.
Quoth littlejohn Eglinton:
- I was prepared for paradoxes from what Malachi Mulligan told us but I may as well warn you that if you want to shake my belief that Shakespeare is Hamlet you have a stern task before you.
Bear with me.
Stephen withstood the bane of miscreant eyes, glinting stern under wrinkled brows. A basilisk. E quando vede l'uomo l'attosca." (U9.362)