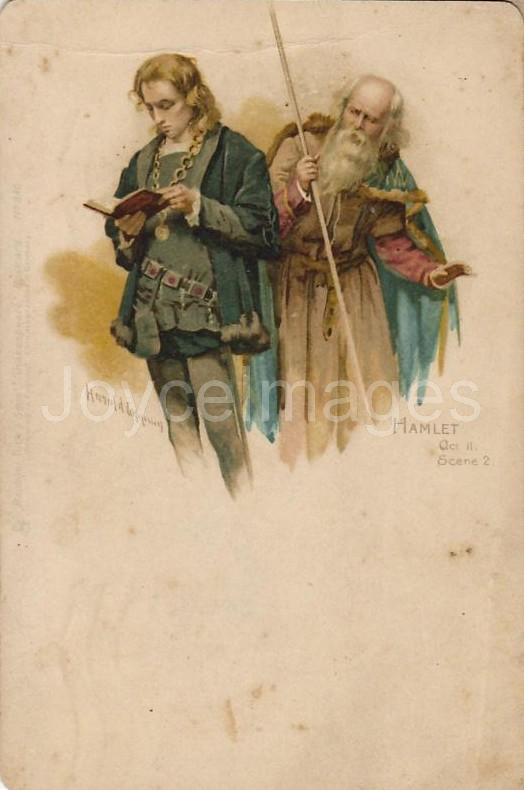 "The play begins. A player comes on under the shadow, made up in the castoff mail of a court buck, a wellset man with a bass voice. It is the ghost, the king, a king and no king, and the player is Shakespeare who has studied Hamlet all the years of his life which were not vanity in order to play the part of the spectre. He speaks the words to Burbage, the young player who stands before him beyond the rack of cerecloth, calling him by a name:
Hamlet, I am thy father's spirit
bidding him list. To a son he speaks, the son of his soul, the prince, young Hamlet and to the son of his body, Hamnet Shakespeare, who has died in Stratford that his namesake may live for ever." (U9.164)