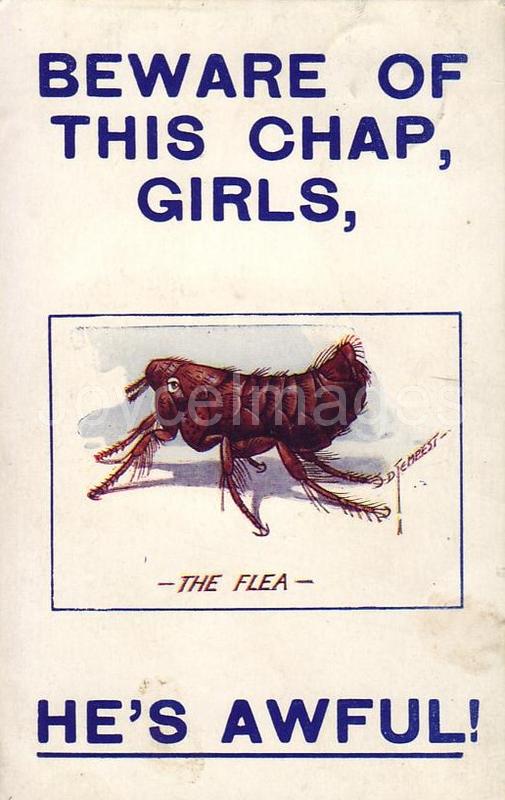 "No fear: no brains.
Nosey Flynn snuffled and scratched. Flea having a good square meal.
— He had a good slice of luck, Jack Mooney was telling me, over that boxing match Myler Keogh won again that soldier in the Portobello barracks. By God, he had the little kipper down in the county Carlow he was telling me...
Hope that dewdrop doesn't come down into his glass. No, snuffled it up.
— For near a month, man, before it came off. Sucking duck eggs by God till urther orders. Keep him off the boose, see? O, by God, Blazes is a hairy chap." (U8.798)