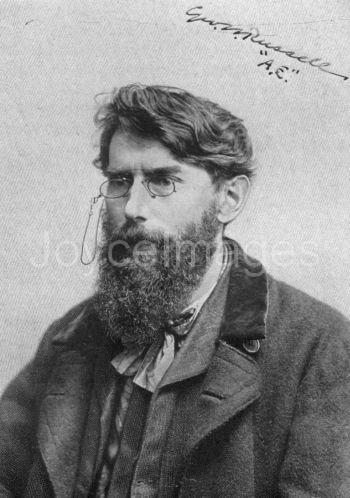 "With the approval of the eminent poet Mr Geo Russell. That might be Lizzie Twigg with him. A.E: what does that mean? Initials perhaps. Albert Edward, Arthur Edmund, Alphonsus Eb Ed El Esquire. What was he saying? The ends of the world with a Scotch accent. Tentacles: octopus. Something occult: symbolism. Holding forth. She's taking it all in. Not saying a word. To aid gentleman in literary work." (U8.526)