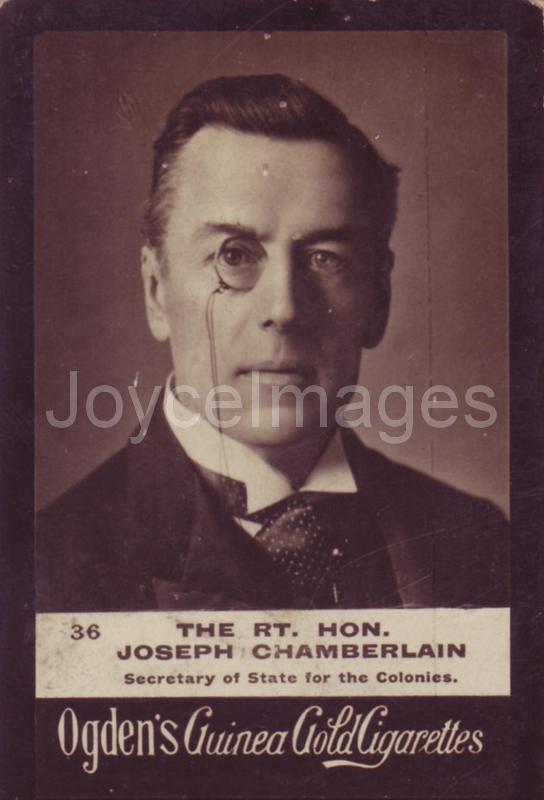 Chamberlain visited Dublin December 17-18 1899 to accept an honorary degree from Trinity College. In defiance, the Irish Socialist Republican Party called for a public (pro-Boer) meeting 'to celebrate the British defeat at Stormberg;' the meeting was to be held on College Green on Dec 17, at the same time as Chamberlain's triumphal entry. To counter, the Irish Transvaal Committee called for a similar public meeting in Beresford Place 'to salute Chamberlain.' On Dec 15, the London Pall Mall Gazette reported trouble brewing in Dublin, and the St James' Gazette expressed hopes 'that the police will see to it.' On Dec 17, tactical positions in the neighborhood of Trinity were occupied by masses of police (and curious onlookers). Though many would-be protesters backed out, Maud Gonne, Arthur Griffith, Edward Stewart and James Connolly (of the Irish Socialist Republican Party) stepped in and drove down to Beresford Place to hold the meeting. Police baton-charged them, arrested James Connolly, and smashed The Workers' Republic's printing press, briefly suspending its publication. Chamberlain in his speech at Trinity apparently lost heart, for instead of the expected war-whoop, he asked those present to believe he was 'not so black as he was painted.'