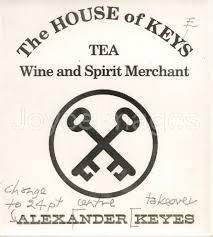 "INTERVIEW WITH THE EDITOR

— Just this ad, Mr Bloom said, pushing through towards the steps, puffing, and taking the cutting from his pocket. I spoke with Mr Keyes just now. He'll give a renewal for two months, he says. After he'll see. But he wants a par to call attention in the Telegraph too, the Saturday pink. And he wants it copied if it's not too late I told councillor Nannetti from the Kilkenny People. I can have access to it in the national library. House of keys, don't you see? His name is Keyes. It's a play on the name. " (U7.970)