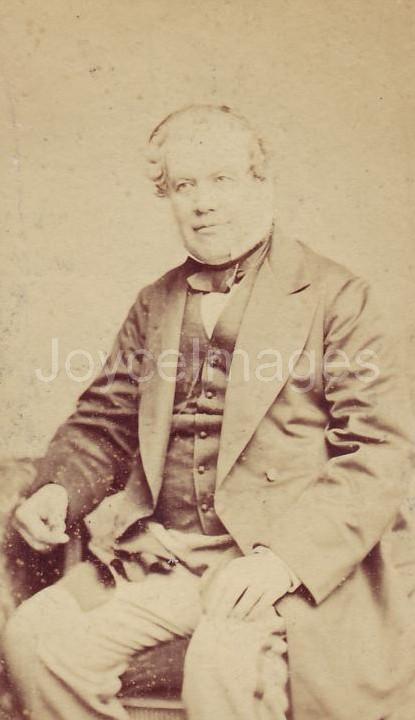 "He has that cabman's shelter, they say, down there at Butt bridge. Holohan told me. You know Holohan?
— Hop and carry one, is it? Myles Crawford said." (U7.641)

Butt Bridge is a road bridge across the Liffey that joins George's Quay to Beresford Place. The original bridge was a structural steel swivel bridge, opened in 1879. It was named for the leader of the Home Rule Movement Isaac Butt (shown on this CDV), who died that year. The swing section, made of wrought iron and weighing 200 tons, ran on a series of cast spoke wheels and was powered by a steam engine, which was housed on a timber pier on the downstream side of the bridge. The swing action allowed boats to pass and berth in the river as far upstream as Carlisle (later O'Connell) Bridge.