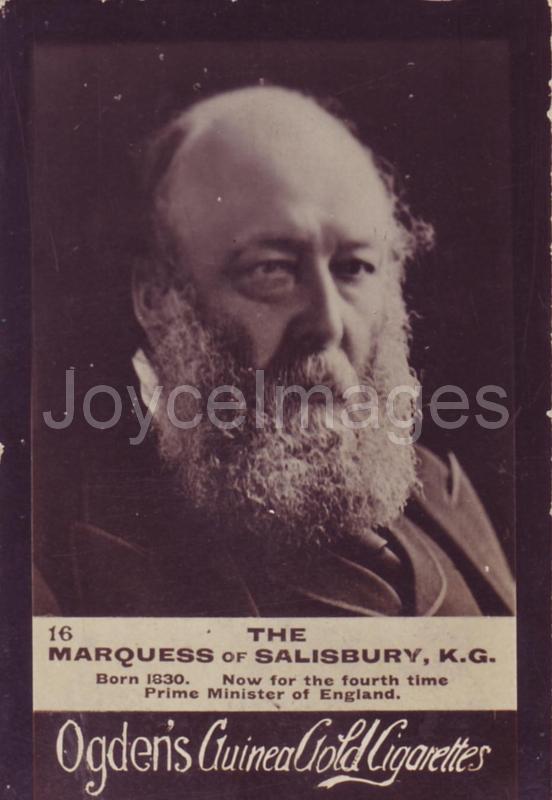 Robert Arthur Talbot Gascoyne-Cecil, 3rd Marquess of Salisbury (1830 - 1903) was a British statesman and Prime Minister (for Queen Victoria then Edward VII) a total of over 13 years. Salisbury's expertise was in foreign affairs; for most of his time as Prime Minister he served as Foreign Secretary (rather than First Lord of the Treasury, the traditional position) and pursued a policy of 'Splendid Isolation.' Among the events of his premierships was the Partition of Africa, culminating in the Fashoda Crisis and the Second Boer War. Of Irish interest, he sought 'to fight Home Rule with kindness' by launching a land reform programme to promote Irish land ownership.