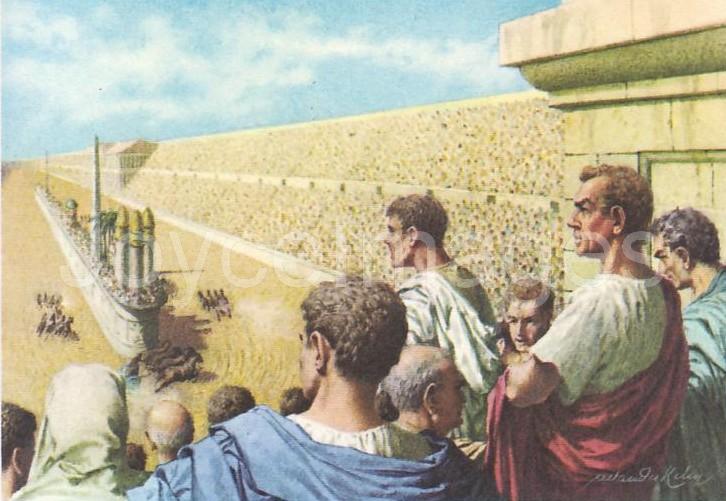 "The editor came from the inner office, a straw hat awry on his brow. He declaimed in song, pointing sternly at professor MacHugh:
- 'Twas rank and fame that tempted thee,
'Twas empire charmed thy heart.
The professor grinned, locking his long lips.
- Eh? You bloody old Roman empire? Myles Crawford said.
He took a cigarette from the open case. Lenehan, lighting it for him with quick grace, said:
- Silence for my brandnew riddle!
- Imperium romanum, J.J. O'Molloy said gently. It sounds nobler than British or Brixton. The word reminds one somehow of fat in the fire.
Myles Crawford blew his first puff violently towards the ceiling.
- That's it, he said. We are the fat. You and I are the fat in the fire. We haven't got the chance of a snowball in hell." (U7.469)