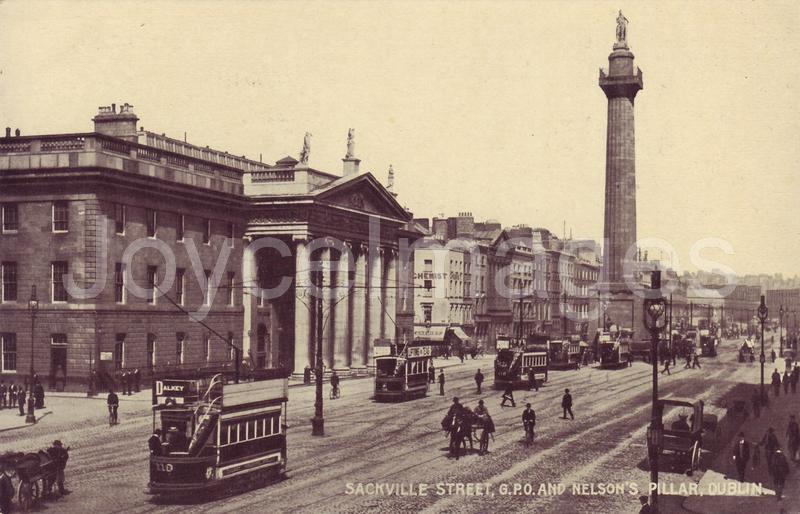 On May 16th 1896, Dublin's first electric trams began running between Haddington Rd and Dalkey. Initially operated by the Dublin Southern District Tramways Company, the line was sold a few months later to the Dublin United Tramways, at that time running about 170 horse cars over 33 route miles. The merger, now renamed Dublin United Tramways Company Ltd. (DUTC, 1896), immediately set about total electrification. This was completed in 4 years. Over the next decade, the Dublin tram system became a world leader, pioneering several developments that were later adopted universally. Nelson's pillar was one of the main tram terminals.