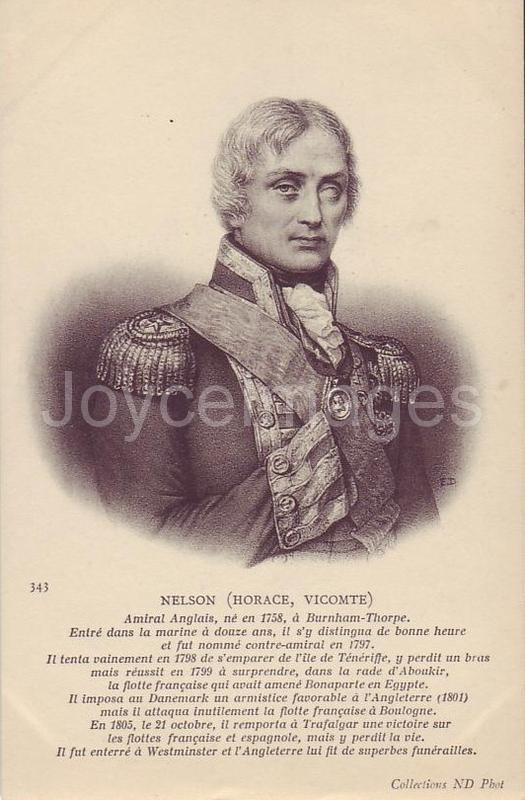 Then in 1797, while commanding the ship Theseus during an unsuccessful expedition to conquer Santa Cruz de Tenerife, he was shot in the right arm with a musketball, shattering his humerus. Since amputation was the only available treatment for most serious limb wounds (to prevent death by gangrene), Nelson lost almost his entire right arm, and later referred to the stub as 'my fin.'