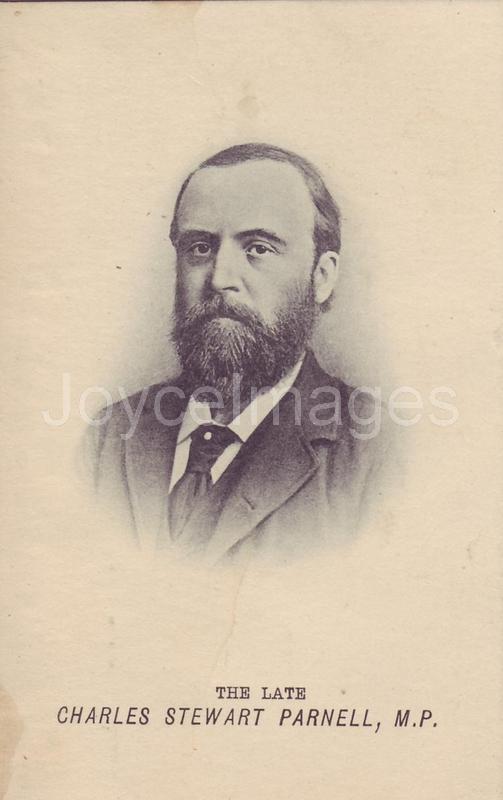 "People talk about you a bit: forget you. Don't forget to pray for him. Remember him in your prayers. Even Parnell. Ivy day dying out. Then they follow: dropping into a hole, one after the other." (U6.853)

Charles Stewart Parnell died October 6, 1891. His funeral to Glasnevin Cemetery, October 11th 1891, was attended by nearly 250,000 people. This CDV was produced In Memoriam after his death. Later, in his honor, a monument was erected in Upper Sackville street, and Great Britain street renamed Parnell street.

October 6, the day of his death, became known by Irish nationalists as Ivy Day (Irish: Lá an Eidhneáin). A small ceremony still takes place at Parnell's graveside in Glasnevin on the Sunday nearest 6 October.