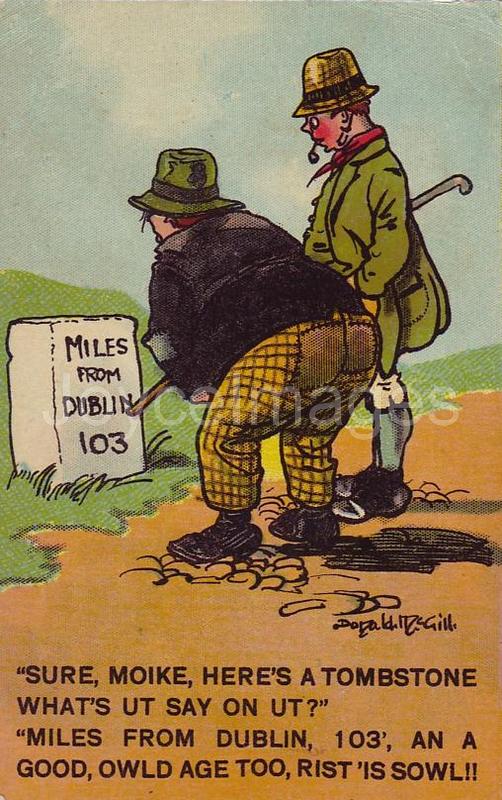 "- They tell the story, he said, that two drunks came out here one foggy evening to look for the grave of a friend of theirs. They asked for Mulcahy from the Coombe and were told where he was buried. After traipsing about in the fog they found the grave, sure enough. One of the drunks spelt out the name: Terence Mulcahy. The other drunk was blinking up at a statue of Our Saviour the widow had got put up.
The caretaker blinked up at one of the sepulchres they passed. He resumed:
- And, after blinking up at the sacred figure, Not a bloody bit like the man, says he. That's not Mulcahy, says he, whoever done it.
Rewarded by smiles he fell back and spoke with Corny Kelleher, accepting the dockets given him, turning them over and scanning them as he walked." (U6.722)