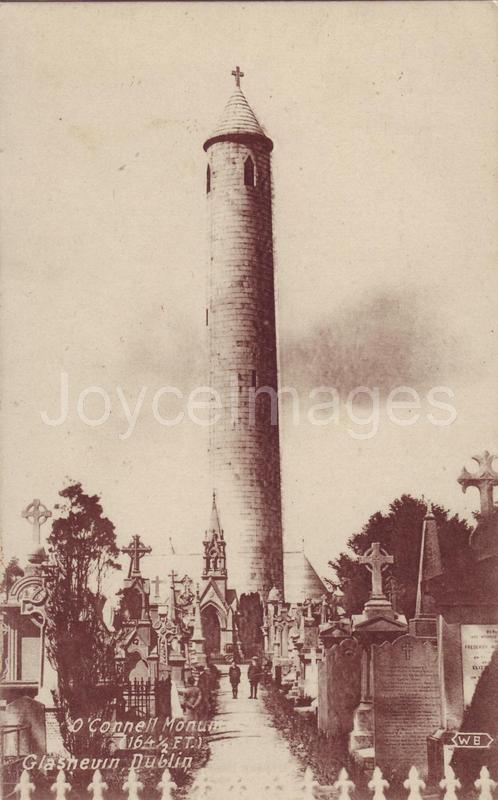 The height of the O'Connell monument is given on this PC as 164.5 feet.
Re old Dan O's remains, the CE 1911 states: 'After 1844,' when Daniel O'Connell (1755 - 1847) was prosecuted and briefly imprisoned, 'his health had suffered, and henceforth there was a lack of energy and vigour in his movements. Then came the awful calamity of the famine. O'Connell's last appearance in Parliament was in 1847 when he pathetically asked that his people be saved from perishing. He was then seriously ill. The doctors ordered him to a warmer climate. He felt that he was dying and wished to die at Rome, but got no further than Genoa. In accordance with his wish his heart was brought to Rome and his body to Ireland. His funeral was of enormous dimensions, and since his death a splendid statue has been erected to his memory in Dublin and a round tower placed over his remains in Glasnevin.'