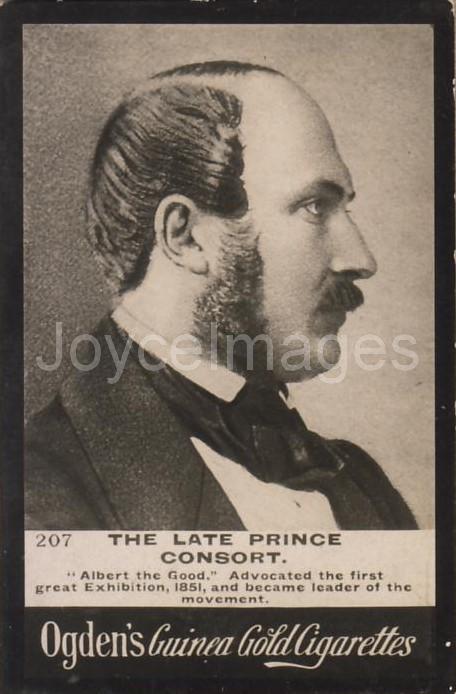 Albert of Saxe-Coburg and Gotha (1819 - 1861) was the husband and prince consort of Queen Victoria of the United Kingdom of Great Britain and Ireland. A prince consort, generally speaking, is the husband of a Queen regnant. Albert was the only husband of a British queen regnant to have been formally given (by Victoria, in 1857) the royal title of H.R.H. The Prince Consort.