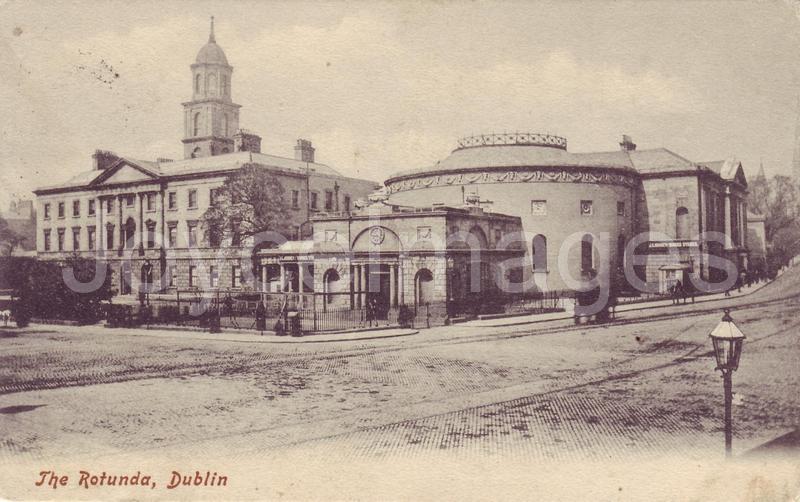 "White horses with white frontlet plumes came round the Rotunda corner, galloping." (U6.321)

'The Rotunda' refers to the maternity hospital originally known as 'The Dublin Lying-In Hospital' founded in 1745. First located in George's Lane, it was moved to its present location in 1757 where it became known as the Rotunda because one of its wings, as seen on this PC, was a circular building.