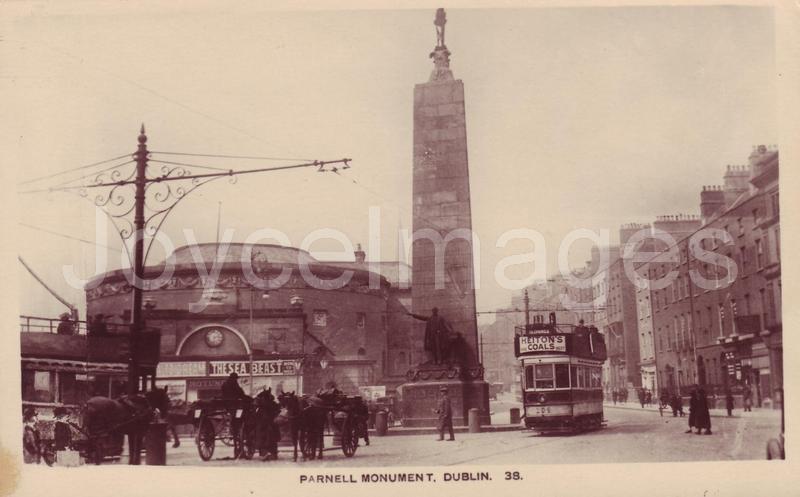 On this later PC, we see the Rotunda proper. This round building was initially the dining room of the maternity hospital. It also served as public meeting rooms, and was rented out for concerts and balls. Since 1928, it houses the Gate theater (here playing the 1926 movie The Sea Beast). Next to the Rotunda we see the Parnell monument; notice that the statue of Parnell is at street level, in contrast to Nelson's pillar where the statue is atop.