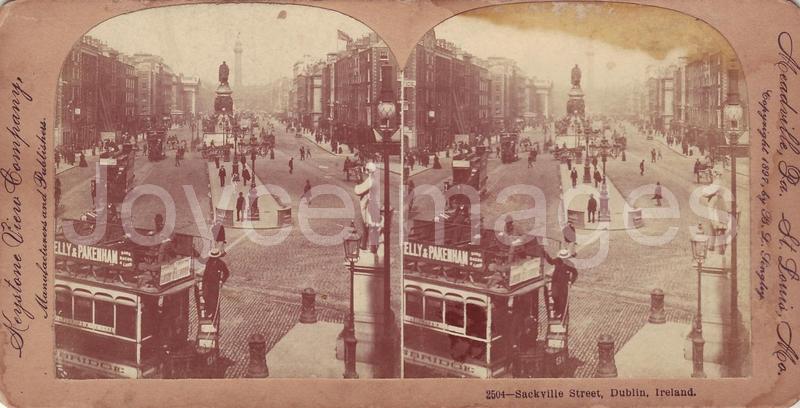 "The carriage wheeling by Farrell's statue united noiselessly their unresisting knees." (U6.227)

The statue of Smith O'Bien was the work of artist Thomas Farrell, who also did Sir John Gray's statue further up the street. It was of Sicilian white marble, ten feet high, and paid for by public subscription. O'Brien is shown wearing an ordinary frock coat, with his arms folded, and his weight borne on one leg.