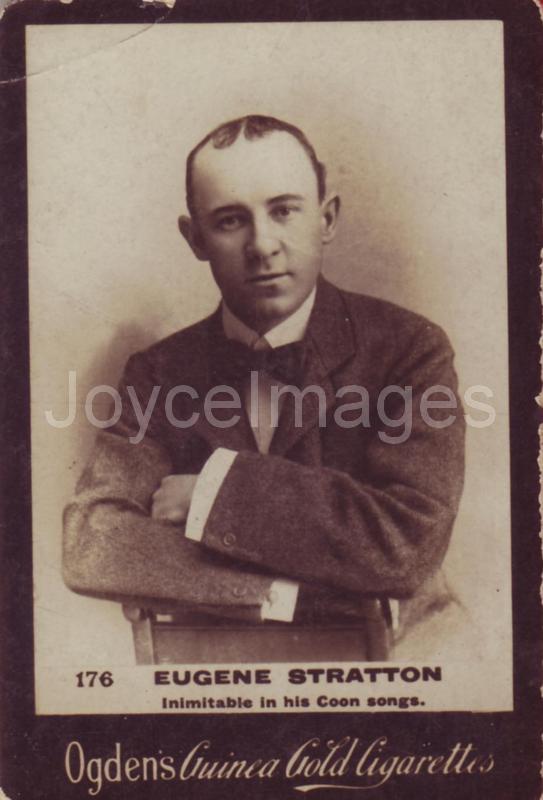 "They went past the bleak pulpit of Saint Mark's, under the railway bridge, past the Queen's theatre: in silence. Hoardings: Eugene Stratton," (U6.183)

Eugene Stratton (1861 - 1918), was an American-born dancer and singer, whose career was mostly spent in Britain. He was born in Buffalo, NY, as Eugene Augustus Rühlmann. He first performed at age 10 in an acrobatic act called the Two Welsleys. He appeared as a dancer in 1873 under the name of Master Jean. He spent some time in a circus then joined a minstrel group. He went to England in 1880 and was by this time using the name of Stratton. There he worked his way up to the main song & dance man in the Moore & Burgess Minstrel Show, and in 1883 he married Moore's daughter, Bella. He left the minstrels to go on the music hall circuit in 1887, first as a double act, then solo. He also performed in pantomime, for the first time in 1896. Although at one time he used an Irish voice, he mainly appeared as a "black-faced" singer. He died in Christchurch, Hampshire, England.