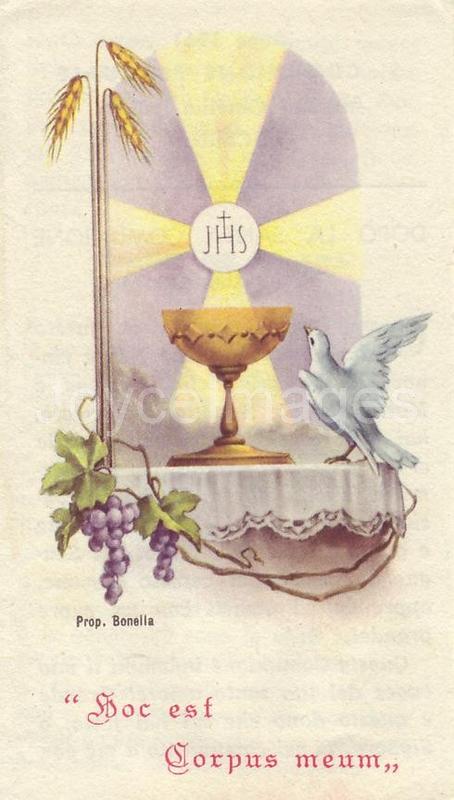 "Hokypoky penny a lump. Then feel all like one family party, same in the theatre, all in the same swim. They do. I'm sure of that. Not so lonely. In our confraternity. Then come out a big spreeish. Let off steam." (U5.362)

According to the Oxford English Dictionary 'hokey pokey' comes from 'hocus pocus,' the traditional magician's incantation. 'Hocus pocus' in turn may be a deformation of the Latin 'Hoc est Corpus meum' (= This is my Body, said by the Catholic priest during the mass), in a mocking anti-Catholic parody of transubstantiation. Transubstantiation is the change of the substance of bread and wine into that of the body and blood of Christ that occurs in the Eucharist. 'Hokey pokey' was also a 19c. slang term for ice cream (more specifically that sold by street vendors), that possibly cost a penny per scoop.