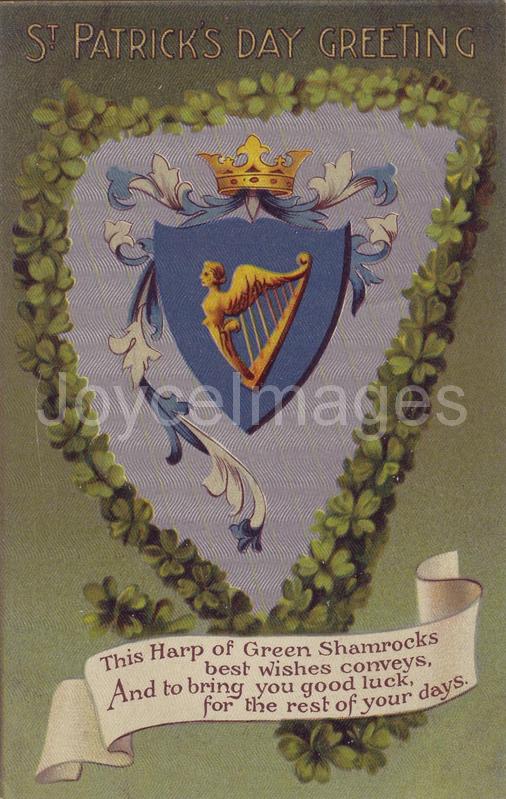 The word 'shamrock' is derived from the Irish 'seamrog' = summer plant. Before Christianity in Ireland, the shamrock was a sacred plant of the Druids. Legend has it that St Patrick, teaching in the open air on the doctrine of the trinity, and wanting to illustrate the existence of the Three in One, plucked a shamrock from the ground and showed it to his congregation. Since then, the Shamrock has become a symbol of Ireland (though not its official emblem, which is the harp).