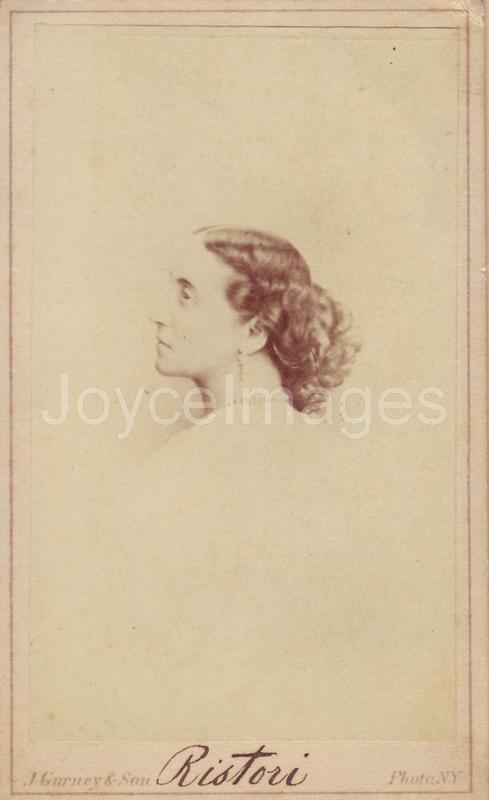 Adelaide Ristori (1822 - 1906), often referred to as the Marquise, was a distinguished Italian tragedienne. Her famous roles included Mary Stuart, Myrrha, Medea, Phaedra, Lady Macbeth, and Queen Elizabeth. The daughter of strolling players, she started on the stage as a child, and became quite famous in Italy. In 1855, she moved to France, and stirred great passions as a rival to the French actress Rachel; playgoers fought at gallery doors over the merits of their respective favourites. In 1856, she started a European tour including London, Madrid (and I presume Vienna). In 1866 she paid the first of four visits to the USA. She retired from professional life in 1885. This is an autographed card; such cards were sometimes handed out in the theater lobby to adoring fans after a performance.