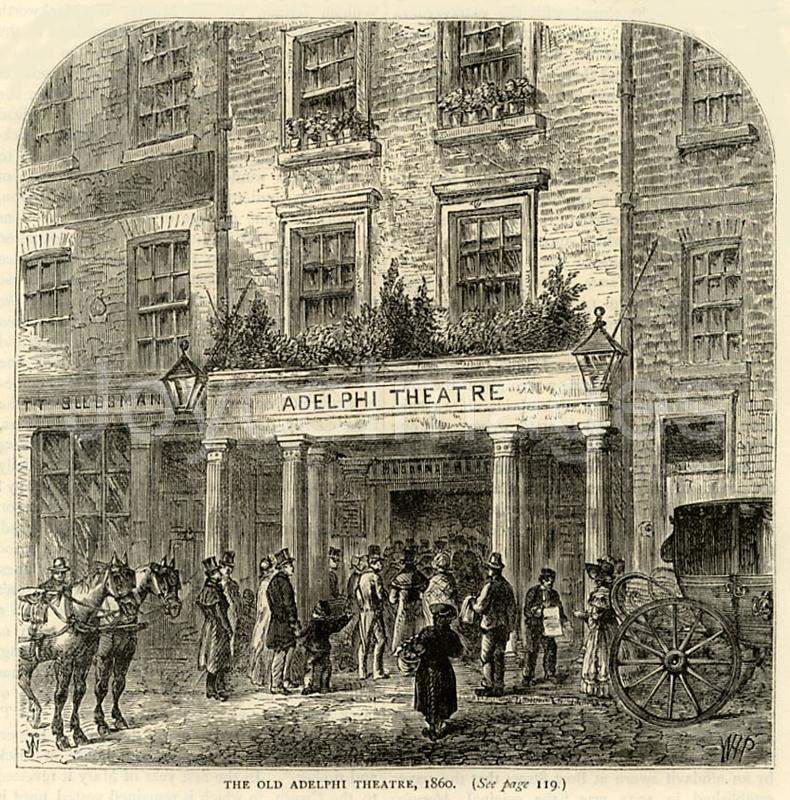 "Outside the Adelphi in London waited all the afternoon to get in. Year before I was born that was: sixtyfive." (U5.198)

The Adelphi Theatre is a 1500-seat theatre located on The Strand in the West End of London. It was founded in 1806 as the Sans Pareil (= Peerless). In 1819 it took on its present name from the Adelphi Buildings opposite. Actor William Terriss was stabbed to death in the theatre in 1897, and it is said that his ghost haunts the place. Terriss's daughter Ellaline and her husband Seymour Hicks managed the Adelphi for some years. It was bought in 1993 by Andrew Lloyd Webber. This print shows the Adelphi in the 1860s, with people at the door waiting to get in, Rudolph possibly among them.