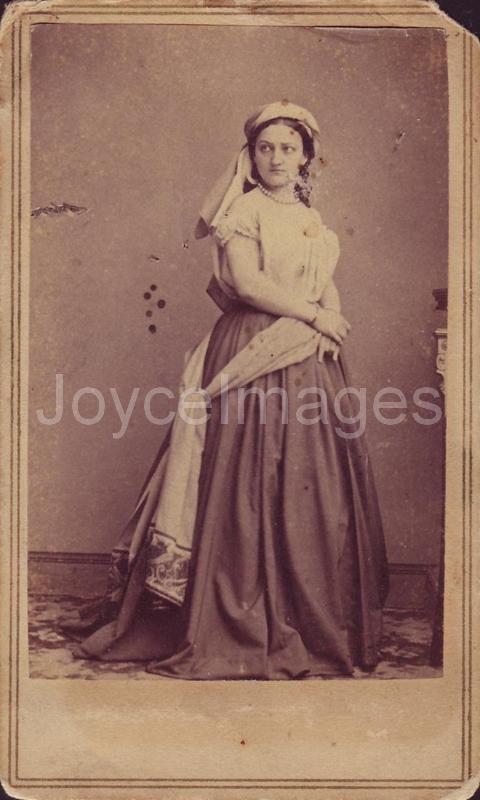 Kate Josephine Bateman (1842 - 1917) was an American actress. She was born in Baltimore, MD, the daughter of Hezekiah Linthicum Bateman (an actor and theatrical manager) and an actress mother. A child prodigy, she started on stage around the age of 5 in Louisville, KY, together with her sister Ellen. Between 1851 - 1854, they toured under the management of P.T. Barnum. After she outgrew her childhood career and matured as an actress, Kate achieved great success in the title role of 'Evangeline', a dramatization of Longfellow's poem (1860), and as Julia in Sheridan Knowles' 'The Hunchback' (1862). Her most famous role however was Leah in 'Leah the Forsaken', a play adapted specifically for her by Augustine Daly from a melodrama then popular in Vienna. Despite harsh reviews by critics, the play opened to an enthusiastic public in New York (1863). It remained Bateman's primary dramatic vehicle for many years. After 1892, she led a school of acting in London, and played minor roles. This CDV shows Kate Bateman as Leah around the time Rudolph saw her in London.