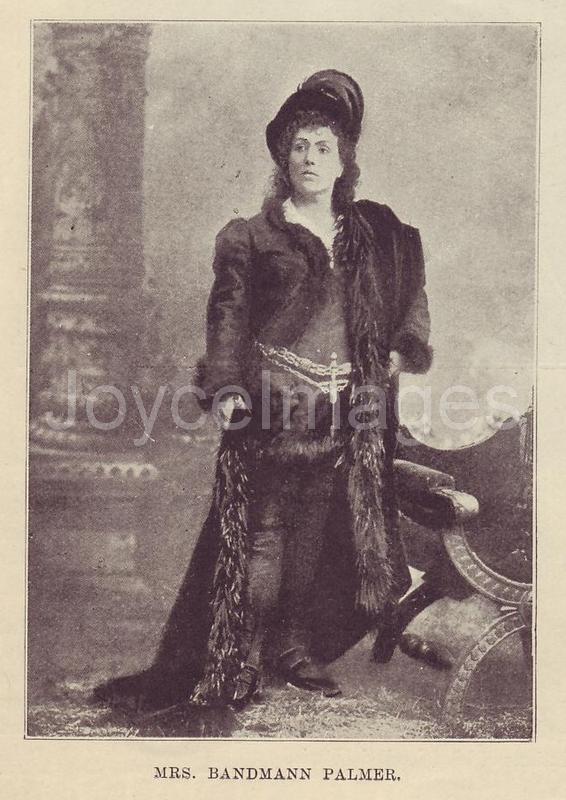 "Leah tonight: Mrs Bandmann Palmer. Like to see again her in that. Hamlet she played last night." (U5.194)

The Illustrated London News (July 1st, 1899) comments: "Mrs. Bandmann Palmer confesses to having studied Shakspere's tragedy from the age of fifteen, but only summoned up courage to appear as the distraught Prince since 1895. Since then she has played it some 270 times, and bids fair to hold a woman's record in the role. Making little or no pretence at aping masculinity, she offers her Hamlet rather as a psychological study than a vivid impersonation. For hours before Mrs. Bandmann Palmer appears in the part, she communes with herself in solitude."