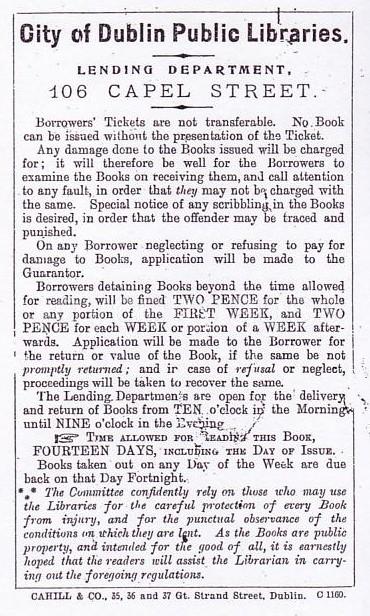 "Must get that Capel street library book renewed or they'll write to Kearney, my guarantor. Reincarnation: that's the word.
- Some people believe, he said, that we go on living in another body after death, that we lived before. They call it reincarnation. That we all lived before on the earth thousands of years ago or some other planet. They say we have forgotten it. Some say they remember their past lives.
The sluggish cream wound curdling spirals through her tea. Better remind her of the word: metempsychosis. An example would be better. An example?" (U4.360)

(Image courtesy of the ZJJF)