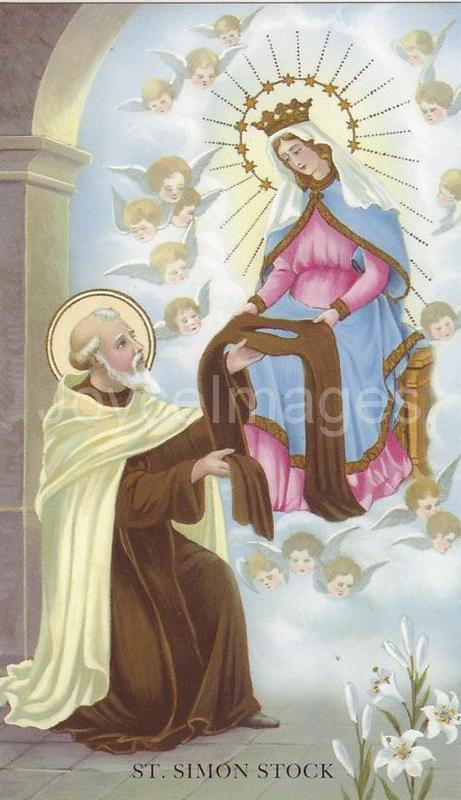 The scapular is a distinctive apron-like garment of the Carmelite order. It consists of two strips of brown cloth, worn on the breast and back, and fastened at the shoulders. The scapular was given to St Simon Stock by the Virgin Mary (in 1251), with the promise that "no one who dies clothed in this will suffer eternal fire." It was widely adopted by lay people, in a sodality affiliated with the Carmelites. Originally, the scapular had to be of 100% brown wool, but later any suitable brown material became acceptable.