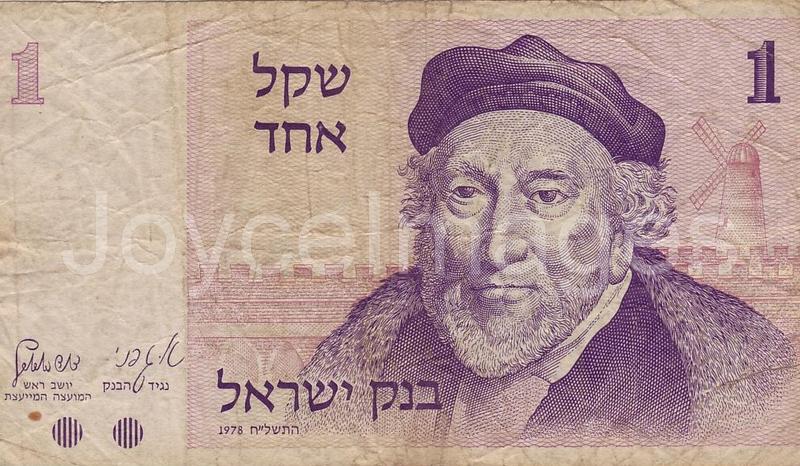 Sir Moses Haim Montefiore (1784 - 1885), born in Italy, was a British Jewish financier, stockbroker for the Rothschild firm, and philanthropist. He was sheriff of London (1837 - 38) and was knighted by Queen Victoria. He retired from finance in the 1820s, devoting his time and fortune to philanthropy, and to the political and civil rights of Jews in Europe and the Middle East. He visited the Holy Land 7 times, built a windmill, schools, hospitals etc, and inspired the founding of agricultural colonies. He was influential in stimulating the rise of Jewish nationalism, the forerunner of Zionism. This is his picture on a 1 Lirot from Israel.