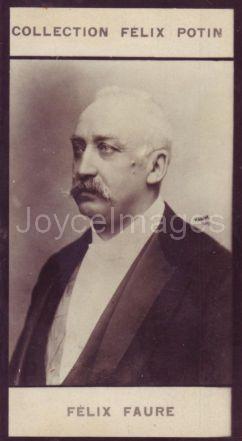 Félix Faure (1841 - 1899) was President of France from 1895 till his death. He had been unexpectedly elected upon the resignation of President Casimir-Perier. The latter days of Fauré's presidency were embittered by the Dreyfus affair. He died from apoplexy February 16th 1899, rumour says while receiving oral sex from a woman named Marguerite Steinheil.