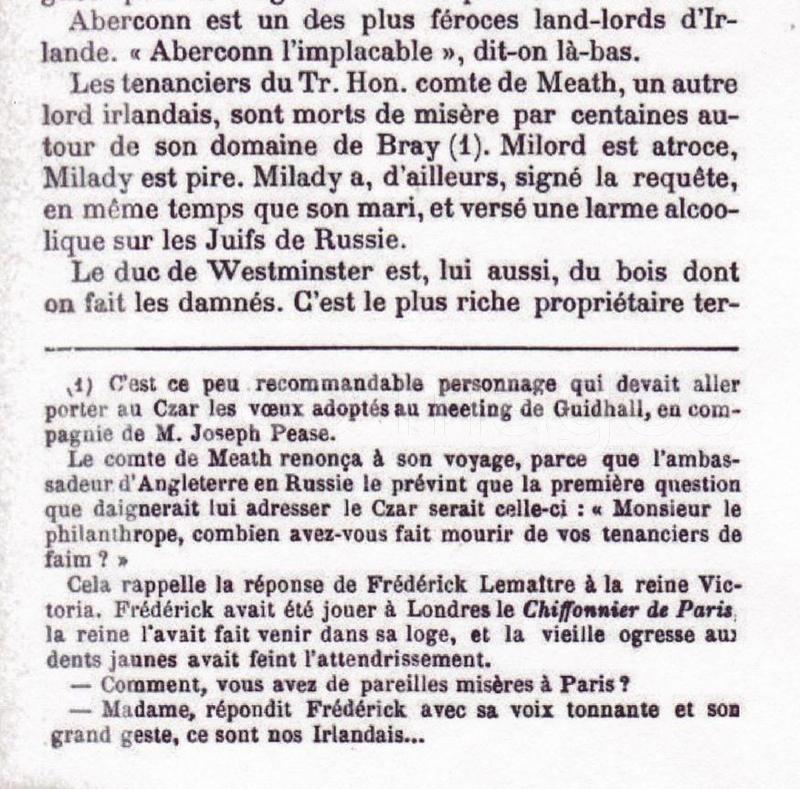 As discovered by Harald Beck, Victoria is dubbed 'la vielle ogresse aux dents jaunes' in Drumont's book 'Le Testament d'un Antisemite' (Testament of an Antisemite), published in Paris in 1891. On page 162, Drumont denounces the cruelty of landowners towards their Irish tenants. He is reminded of a meeting between Victoria and the French actor Frédérick Lemaitre. Lemaitre had played in London 'Le Chiffonier de Paris' and was called to the Queen's loge. Feigning pity, the old witch with the yellow teeth asked him: "Do you truly have such miserable folk in Paris?" to which he replied with grandiloquence: "Yes madam, they are our Irish."